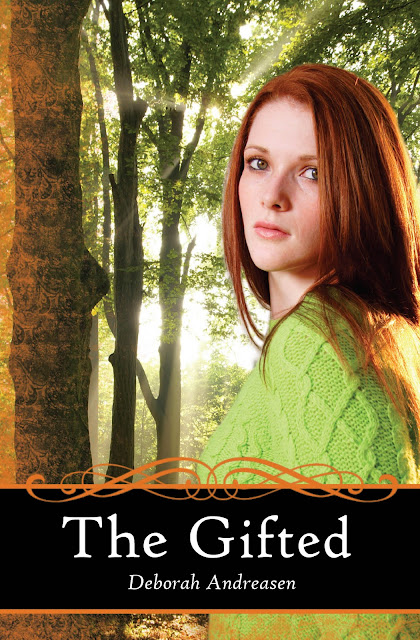 Pyper just wants a normal life. But ever since the day she died, she’s been able to control objects with her mind. What she can’t control is a mother who fears Pyper’s ability and the possibility of it being discovered. Pyper only finds solace in her friend and brother, Baler.

When Pyper moves to yet another new school, she meets Kael, who takes an immediate interest in her. He knows her secret, and he needs her help saving the Fae people.

In 2008 I wrote The Gifted for NaNoWriMo. A few months later, I submitted it to the Amazon Breakthrough Novel Award contest, where it went on to be a quarter-finalist. Out of roughly 10,000 submissions, The Gifted made it to the top 100. (They have since changed the contest, and it now has two categories: General Fiction and YA Fiction.)

After that I sent it off to publishers and agencies, but no one was interested. Getting picked up by a traditional publishing house is a long tedious, discouraging process. I am thrilled to say that The Gifted will be published through CreateSpace.com. Yes, I'm self-publishing, and I am excited to have my work available to my readers. Right now it's in the review process, but it will shortly be available on Amazon.com as well as my e-store. Pin It

Oh my heck! What a catching cover! AWESOME! I'd Read it just because of the cover!

I am sooo excited! Can't wait. Our school library is also on the the list to order your book in March and put it in here for kids to enjoy. Congrats on all this greatness. I am very proud of you...Pyper looks just like I thought she would. What an appealing cover

This sounds great! Yeah my first book is self-published and I'm transferring it over to createspace right now. The bigger company is missing out on your story!! Congrats!! Eye-grabbing cover by the way!!

Wooooooowwwww you sure are pretty. =]