Creativity or wasted time? Your call.

Yesterday I was playing around on amazon.com/abna. I like to read the threads (which are like chats or online conversations) about the contest.

One of them was about "casting" for their book. They wanted to know if anyone else had casted the characters for their books. And I thought, "What a fun idea!" Stephenie Meyer casted for Twilight way back before it was even optioned for a movie...but she wrote a NY Times Bestseller, teen sensation, American Harry Potter that turned into an actual movie.

Anyway, I won't dwell on that.

So last night I thought it would be so much fun to find the faces that match the names. I could not use real actors, try as I might. It just seemed wrong to me because these characters aren't actors. They're real to me. So I had to find real people (not that actors aren't real).

When I put Pyper on paper (haha, love the alliteration), I had one face in mind, with someone else's colors. That makes no sense, I'm sure, but I'll explain in a second. While I was writing, I remembered seeing a book cover (two, actually) with a profile view of a girl, and her red hair was a curtain around her face, like she'd just moved her head and her hair is whipping around to catch up.

Last night while I was searching for pictures of Pyper, I found her! 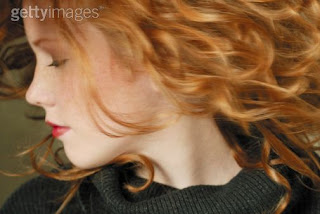 I seriously have seen this on book covers twice, for Tantalize, by Cynthia Leitich Smith, and The Homeplace, by Gilbert Morris. However, if I ever get to pick the cover of my book (hahaha, dream on, right?), it will be this gal, even though she's been used twice already. She was seriously the model Pyper.

And the colors I mentioned earlier...This Pyper's hair isn't dark enough. It's more of a strawberry blond. Pyper's hair is red. Dark red. I had a roommate in college, Liz, who had the most gorgeous red hair and dark green eyes you've ever seen. She told me once color is the kind that doesn't come in a bottle. Which is totally true (and I used that line in the book). So after over an hour of looking at pics, I never found one with the right colors. Oh well. Use your imagination for that one.

I'm sure you want to see a front view of Pyper. So did I. So here she is (with the wrong hair color): 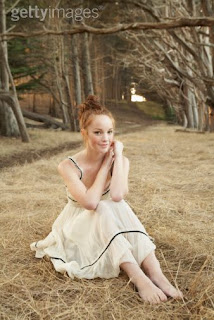 I know the pic seems wrong to you. She's wearing a dress. Where's her black shirt and worn out jeans? Where's her black gloves? But trust me. This is her. I wish I could elaborate, but I can't. I'd give too much away. Just know that when (not if) you read the rest of the book, this picture of Pyper will come back to you and you'll go, "Ohhh..."

Kael
Kael is near and dear to my heart, but I get so irritated with the guy at the same time because he's a frustrating person.
Anyway, I found two possible Kaels that appealed to me.

Kael A: This is the best I could find of this particular Kael. He had a dozen or more shots on gettyimages.com, but in most of them he had a blond wrapped around him, and in some cases he was missing a key feature: a shirt. So I'm not going to put a picture of a bare-chested Kael on my blog. Sorry. Just keeping it rated G. 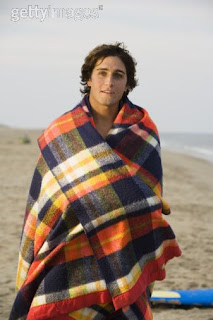 Kael B: For reasons I can't explain, when I first saw this picture I went, 'Oh, that's him!' But the longer I looked at the pic and the more other faces I had to compare it with, I started to doubt myself. His hair is a little long, but that's ok. Anyway, this was another Kael and I just had to share. I felt like I was being unfair if I didn't put his face on here. 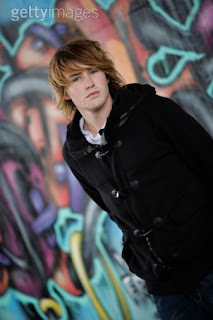 We don't get much from the book (dumb author) except that Kael's hair is shaggy brown and his eyes are a brown-green. Both of those guys fit, but I'm not sure which fits more.

Baler
This is Baler. Hands down, no question, this is him. Ok, maybe his hair is a little poofier than Baler's, but everything else is spot on. How come I know and you don't? Because chapter two cut off right before we get a more detailed description of Baler. I picked this image last night. This morning I read the rest of the chapter and it described this guy right here: 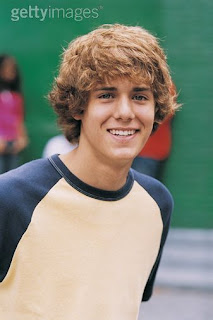 Summer
I found a lot of pictures of gorgeous gals who could have all been Summer except for one thing. They weren't. They were all smiling and happy and playing on the beach. They just did not embody the image of Summer.

She was a hard one to find, but I finally found her: 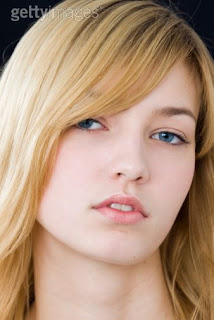 
And last but certainly not least:

When I searched for the dark haired beauty, I got a lot of dancers and athletes. Stereotypes, anyone?
Anyway, I looked for a good ten minutes and hadn't found any Ravens. And then I thought about a movie I just saw and realized that Raven was in it. And then I thought, "Ok, if I had my choice of actresses, Raven would be ___."

I'm not going to say their names because then you'll remember what movies they're in (if you've seen them) and I think that'd ruin it.

So here's Raven A: 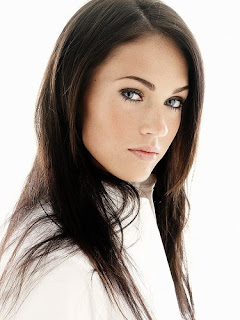 You know her, I'm sure you do. But this was the cleanest pic I could find of her. Apparently she likes to pose almost nudie. And I think this one is Raven to a 't'. Or R. Or V. Or whatever.

Here is Raven B: 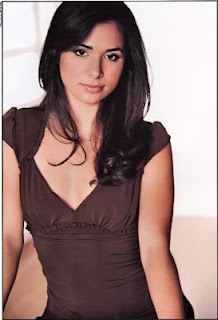 You may or may not know this one. I'm guessing not unless you watch the Disney Channel. The problem with this Raven is that in all her other pics she was too innocent. So I had to find her most snooty picture, which was kind of hard to do.

So. There they are. The cast of The Gifted. Of course that's not all of them. I didn't find Robyn (Pyper and Baler's mom) because there just isn't enough about her for you to care yet. And I didn't find some of the other key characters because that would have been too confusing. And it might have given too much away.

And I have a few other pics up my sleeve for after the book is published (see, I'm being positive) and you can read it and then I'll give you the pics I found.

So what do you think? Did you find someone else that matches better? If you did, let me know and I'll post their faces here. Which Kael and Raven do you like better?
Pin It
Posted by Deborah A. at 8:39 AM

Email ThisBlogThis!Share to TwitterShare to FacebookShare to Pinterest
Labels: The Gifted

That was sooo fun. I love that you found faces that you wanted for the book. I always put my faces in there and wonder how close I am to the authors vision. I was pretty close on all of them except Raven...she is much more beautiful then I had. She's my favorite.

thanks that was super great!

I LOVE having faces to go with the names. It is so much fun to see what the characters look like to you! I like Kael #2, and Raven #1.