Review: Gone with a Handsomer Man by Michael Lee West 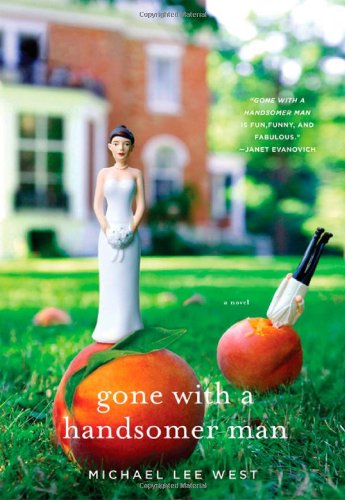 Teeny finally has it together. She’s getting married soon to a handsome, well-to-do man. Nothing could go wrong. Except when she finds her fiancé playing badminton with two women. And they’re all forgot to get dressed. How could it get any worse? Well, her ex-fiancé is found dead a few days later. And she’s the prime suspect. But what do they have besides speculation? Try the fact that she was found at the scene of the murder.

What Teeny needs now is an amazing lawyer and a kitchen. Baking is her therapy and she needs it. At least, she’ll need it if she wants to survive what’s next. Her first love, Cooper, turns out to be the lawyer she needs, and they soon realize that the old flame never died.

With many questions swirling around her head, the most important is: Will Teeny survive or will the murderer finish the job and get Teeny?

This is a murder/mystery/comedy/romance/cookbook. Seriously. Complete with (amazing!) recipes in the back. There are a slew of colorful characters that, yes, might be hard to believe, but I think they just add to the spice of the book.

At times it seemed a little slow paced, but it wasn’t so bad I couldn’t just punch through it. I wasn’t totally satisfied with the semi-cliché ending, and I figured out the mystery early on (which I never do!). Overall, I thought the book was well written.